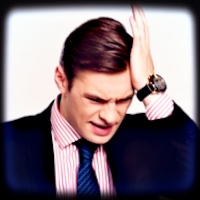 Why trusting the lean startup methodology can cause false negatives for your otherwise bright ideas. See the pitfalls of running lean and how you can walk past through them.

You’ve just got an idea for an app. Following the “lean” methodologies (Eric Ries, Ash Maurya, Rob Walling, et.al.), you put up a landing page and then see if you get signups. If you get a lot of signups, that means the idea is viable and you can count on 3% of those converting to real customers. Sounds like a good plan.

So you buy your domain, put up your landing page and waited. While waiting for a result, you repeat the same exercise nine more times, each with their own domain, landing page, and e-mail list. So you’ve just spent about $150 and 20 weeks of “after-hours” work to generate ideas, filter out the really sucky ones, write marketing copy, and put up landing pages for each surviving idea.

After a tiring five months, none of your 10 ideas generate any traction. Traffic is low and only your friends that you’ve pestered signed up. Then depression starts weighing in. You then think to yourself: you’re probably not an entrepreneur and probably be better continuing your day job instead.  At least the day job provides sustenance and you don’t need to generate ideas which fails anyway.

Or is it? Lean startup may be a viable methodology but you shouldn’t just blindly trust on it. It’s one way to “skin a cat”, but definitely not a religion (even then you shouldn’t blindly trust religious texts, but let’s save that for another discussion – let’s talk business for now, after all this is a biz-tech blog). Yes, your ideas are probably crappy – but to be fair, the whole Lean Startup craze may also be crappy.

Here’s the fallacy of the above “landing-page-then-see-what-happens” lean methodology:

Keeping all of the above factors in mind, a landing page is a necessary but not sufficient component to launch your app. You really need to do some groundwork before putting up the landing page and deliver tangible value to your potential customers long before you ask them for money. Paying it forward, so to speak.

If you have something real to show – for software this is likely a beta version of the application – you will get:

When I started Scuttlebutt – our Yammer app – signup rates were very low. There wasn’t much text on the app’s landing page that Google can index.  The site was asking for an e-mail address with nothing in return and very few people were willing to give out their e-mail address fearing spam. Yes, I did saw several e-mail addresses tagged with Scuttlebutt’s website using Gmail’s disposable e-mail address trick – signifying that those people didn’t really trust me.

But I got signups. Why? I did some validations before I bought the domain. There were a number of complaints on Yammer’s support forum about the need of a Mac app (complaints that Microsoft took down not long after the acquisition). In addition there were some questions on Quora showing there were at least some demand for it. Furthermore signups really took off after I’ve been pushing out releases – these were alpha & beta versions of the software. It’s not fully functional nor stable but it’s proof that I’m “for real” and not just trying to harvest people’s e-mail addresses.

Just look at the graph below. This came from MailChimp‘s “list growth” report showing the accumulative number of people who signed up for Scuttlebutt‘s launch list and stayed on that list until now. I’ve annotated it to show milestones as the software progresses and matures.

The official “start” of the project was in June 2012, the time that Microsoft announced that it’s buying Yammer. But really it starts way, way before it. I’ve experienced the need for a native Mac client myself and done some “market research” (e.g. googling, binging, and quoring around) to see if there is a demand.

I’ve also personally tried to contact some of the people who wanted such an app but received no reply whatsoever. Perhaps because I didn’t have anything tangible and I have no social proof nor any credibility that I can leverage at the time. Yet some of those very same people signed up to the beta list once I have a working application.

Then I sent out an offer, asking if people are daring enough to try alpha releases. The signup form was essentially a “notify me when we launch” list with a checkbox to opt-in for beta releases as well. There were 34 people who were offered for alpha releases and 11 opted in – so that’s a 30% conversion rate. Pretty neat huh?

It turned out that releasing crappy alpha versions were very useful. There were a number of important design decisions that were made in this phase that’s would be too hard to change if the app was already matured. Some who wanted the alpha releases even submitted UI mockups that I ended up incorporating in the application. (That’s “crowdsourcing” your UI Design ^_^). 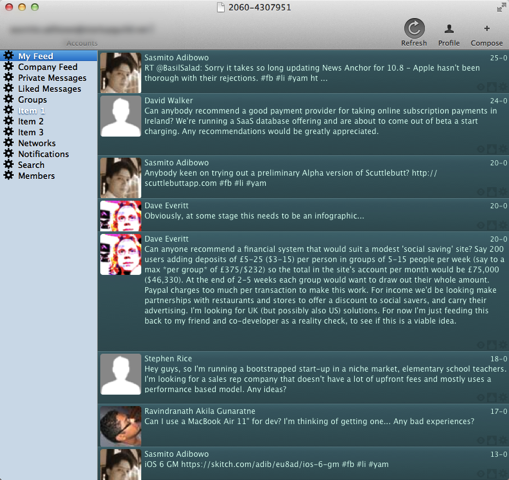 After using the above alpha app, an early adopter came up with the following mockup… 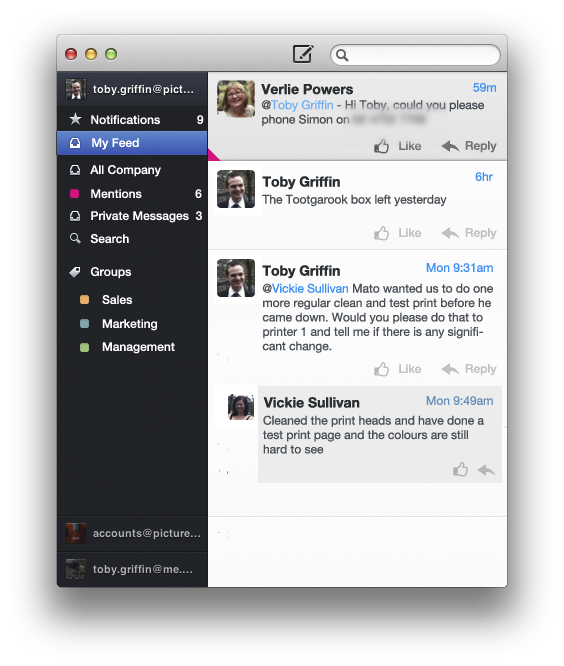 Back to alpha releases and list growth. The inverse is also true – when I was lagging behind in releases, exponential growth stopped. Just look at the period from January to February. In that graph, you can see that growth was slightly lagging. Keep in mind that until 16 February only 11 people get to use the application – those in the alpha tester list. But word-of-mouth effects from those releases and SEO benefits from posting the release notes helped grow the list.

Then when I started sending out beta releases to a larger group of people, real growth starts. You can see for yourself in the graph. Subscriber count grows exponentially from February onwards. I was providing real value in terms of a working application that they can use on a daily basis, save for a few bugs here and there. It’s not just “a promise and a form” but it was something real and tangible.

What should you do?

If you have an app idea and you’re planning to bootstrap it yourself – or perhaps with just one or at most two other co-founders – with zero outside investments, here’s what I think you should do.

In short, stop worshipping that “lean startup” mantra — especially if you’re an un-funded solopreneur that is nowhere near the VC-infested Silicon Valley ecosystem. Put your head down, spirit up, fire up your favorite coding tool, and get down to work. You’ll need to get it out fast to people who need it and ask them whether it’s solving their problems.

If you want to have a barbershop, you don’t just rent an A4-sized plaque somewhere asking people whether they want a hair cut and write down their phone numbers, would you? No. You set up a spot under a nice shady tree then put up your shingle saying “Haircut $10” and start cutting hairs. Then ask people how the experience was, give them a huge discount for being an early customer and leverage their word-of-mouth marketing.

12 thoughts on “Lean Startup is Crap!”

My latest guest post for Waldo shows you how to use SQLite databases using Swift through Gus Muller’s FMDB library.   Head to Waldo for the article: Getting Started with FMDB and Swift: A Guide.   Avoid Delays and Rejections when Submitting Your App to The Store! Follow my FREE cheat sheets to design, develop,…
END_OF_DOCUMENT_TOKEN_TO_BE_REPLACED

Comparing SwiftUI with storyboards for iOS development - which one is better when.
END_OF_DOCUMENT_TOKEN_TO_BE_REPLACED

Check out my latest guest post at Waldo: How to Create an iOS App ID: 2 Quick and Easy Methods. You will learn: What an App ID is in Apple’s ecosystems. How to create App IDs. What is an App Store ID and how it relates to an App ID. How to find an App…
END_OF_DOCUMENT_TOKEN_TO_BE_REPLACED

By default, Xcode Server signs binaries using a development certificate, not a distribution one. Unfortunately there is no built-in option to make it use a Developer ID certificate. What's the solution?
END_OF_DOCUMENT_TOKEN_TO_BE_REPLACED

Notarization is a fully automated process, unlike going through the App Store which involves manual human review. At least it's automated in Apple's side. However it could consume a non-negligible amount of brain bandwidth in your side. How about automating it?
END_OF_DOCUMENT_TOKEN_TO_BE_REPLACED

Continuous testing is paramount to ship serous software. Yet continuously running tests is a pensive productivity plight. Is it possible to automate testing? Yes you can.
END_OF_DOCUMENT_TOKEN_TO_BE_REPLACED

Xcode 13 brought a new notarization tool. What is it and how much better compared to the old one?
END_OF_DOCUMENT_TOKEN_TO_BE_REPLACED

“I want a REST API for notarization since it’s impossible to parse text coming from the notarization tool reliably.” What if I say that the command line API is the best method for integration with build pipelines? Read on to find out more.
END_OF_DOCUMENT_TOKEN_TO_BE_REPLACED

Notarization may take just a few clicks in Xcode, but this takes time and a security risk. You include notarization as part of your continuous delivery pipeline. Here's how.
END_OF_DOCUMENT_TOKEN_TO_BE_REPLACED

Distributing binaries for macOS outside the App Store requires registering it with Apple beforehand—notarizing it. But do you know what can be submitted for notarization?
END_OF_DOCUMENT_TOKEN_TO_BE_REPLACED

A popular image processing library has a vulnerability that can cause denial of service by a maliciously-crafted file causing the application to consume too much memory. Should you upgrade or is there another solution?
END_OF_DOCUMENT_TOKEN_TO_BE_REPLACED

The App Store Small Business Program offers lowered commission cost with one big caveat: no app transfer. But apps graduating from a "hobby" into a "small business" would definitely involve transferring ownership. Read how to transfer apps without engaging in the app transfer process and losing out on the program's benefits.
END_OF_DOCUMENT_TOKEN_TO_BE_REPLACED

Compiled code can conclude the instruction set through conditional compilation. But what about processor-independent scripts? Finding out the current native processor architecture and emulation status thereof would be very useful in build systems that doesn't support cross-compilations. Find out how a shell script can find out whether it is running under Apple's processor, Intel, or emulated.
END_OF_DOCUMENT_TOKEN_TO_BE_REPLACED

Being in the "bleeding edge" has its drawbacks in addition to benefits. Blazing a fresh trail means it's more rough and plenty of unknowns. Similarly in open source software, support for the ARM architecture is slim and even slimmer on the Mac. But there is a way to run "legacy" Intel-only command line apps on the Mac.
END_OF_DOCUMENT_TOKEN_TO_BE_REPLACED

Distributing macOS apps as ZIP archives has been quaint since Sierra. Today’s macOS packaging requirements mandates notarization, otherwise it would say that your app is suspicious. This often means distributing apps within disk images since this container format can be signed, notarized, and stapled.
END_OF_DOCUMENT_TOKEN_TO_BE_REPLACED

Publishing similar apps is considered spamming. Yet there are valid reasons to develop multiple apps from the same code base. Here is what you need to know to avoid being labeled as spammer by app reviewers.
END_OF_DOCUMENT_TOKEN_TO_BE_REPLACED

Some developers' app updates were rejected from the App Store because their apps look similar. Worse, some others were marked as spammer due to publishing apps that looks like another developer's app. How can you avoid this?
END_OF_DOCUMENT_TOKEN_TO_BE_REPLACED