Do you know why it’s so hard to gain access to an SQL database from a Mac App? Here’s why and the solution to your database access woes. Warning: it’s slightly off-beat and rad. 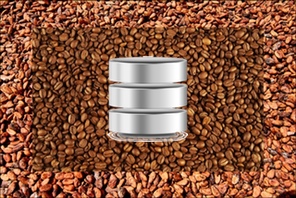 Ever tried to access an SQL database from your Mac app? I mean direct connection to a real database – not just embedding SQLite inside your app. The biggest problem is how to make your app understands the proprietary byte protocols spoken by the remote databases. On top of that you still need to make sure that the SQL dialect that you write can be understood by the database. What a double whammy problem.

How about ODBC? Macs are certified Unix boxes nowadays and since ODBC is available for Unix, it should also available on Macs.  But Unix ODBC only provides source-level compatibility and thus often requires recompilation of the database drivers’ source code. Unfortunately many database vendors doesn’t provide source code of their ODBC drivers.

There are a number of third-party ODBC driver providers that sells Mac drivers. But how far can you trust these third parties? How complete are their implementations? What about some edge cases that have been solved by the “original” drivers but doesn’t trickle down to third-party drivers? Worse, what if nobody provides a Mac-compatible ODBC driver for your chosen database?

So I have this crazy idea: why not use JDBC instead? I couldn’t think any production-quality SQL database that doesn’t have a JDBC driver. Since it’s pure Java, these drivers should also runs on Macs unchanged. Most of the app will still be written in Cocoa to provide the superior user experience and performance that we’ve been accustomed to – but it uses the Java Virtual Machine (JVM) as a library just to run the JDBC drivers to talk to their respective SQL databases.

In essence, your app uses the Java Native Interface (JNI) and instantiate an embedded JVM within your app using the JNI_CreateJavaVM function. Then it loads the JDBC driver and uses it like any Java program would – but you’ll be calling those Java methods from Objective-C. This article on calling Java functions from C should get you started on the right path.

There are methods that you can do to alleviate the Mac App Store issue:

Yes it is… NOT! I believe CyberDuck (the open source Mac FTP Client) also uses this approach. They use Java-based Apache Commons Net as part of their networking code. I found out about it from the Java exceptions dumped in their log messages in the Console.

What about ODBC-JDBC bridge? Yes it may be an option. OpenLink provides a Mac version of their ODBC-JDBC bridge. But remember the law of leaky abstractions – you’re adding yet another 3rd party component between your app and the database. This is yet another component that your user needs to configure and could cause havoc it not set up properly. Not to mention that Apple practically deprecated ODBC since they stopped distributing ODBC Administrator since Snow Leopard.

So there you have it – I’m pondering to do a project on this if there’s significant interest to it.