Today I logged in to my LinkedIn profile and notice that there was a “Robin Hood”, Chief Fundrasier at Nottingham. Since I’m almost half a world away from UK and have never actually been there, I thought to myself “Hmm, there is an actual person named Robin Hood over there, probably it’s a common name or something”. After about 15 seconds, then I realized “Hey, it’s 2nd April over here, probably it’s still 1st April in the western part of the world. This could be an April Fools joke”. 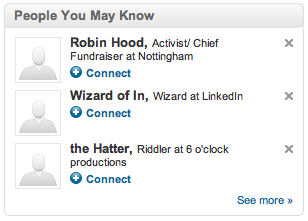 I decided to click on Robin Hood and indeed it was an April Fool’s joke. It’s one thing to be an “Activist and Chief Fundraiser at Nottingham” (non-profit local organization, maybe), but as a “Mortal Enemy” and “Environmentalist at Sherwood Forest” ? definitely a joke. I’ve tried to connect with the Prince of Thieves, but I don’t know his e-mail address. 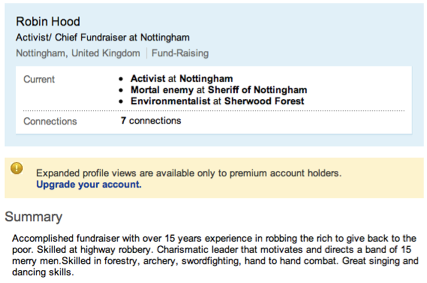 Just for fun, here is a list of the other April Fool’s joke profiles I saw on LinkedIn today. 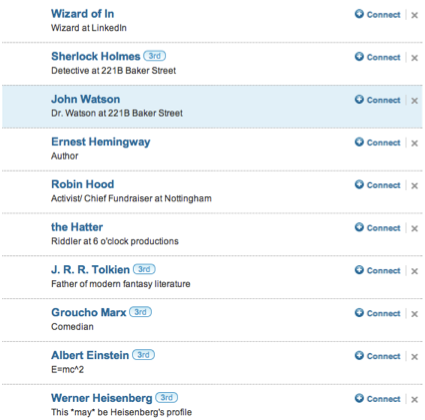