How to Fix Your Five Year Old Cocos2D Game

Some lessons learned when I upgraded AirKill from Cocos2D 0.8 to 3.0. If your game is on a very old version of Cocos2D, you’ll want to read through this to save you some time. 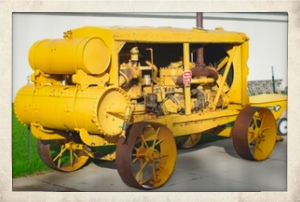 d craze reminds me of our own arcade game, Air Kill. Developed back in 2009 originally on the iPod touch, AirKill seriously needs updating – at least to bring support to the newer iOS devices that came out since then and remove some code rot that came along. Ever since AirKill was updated, Apple brought in two new screen sizes (iPhone 5 and the iPad) and retina display. Some 3rd party libraries also became outdated and may even be discontinued – the most notable one was OpenFeint that was shut down in 2012.

So I thought maybe it’s a good time to bring new life to AirKill. Bring in the iPad and iPhone 5, get rid of OpenFeint, and replace it with Game Center. Maybe I can learn a thing or two from Flappy Bird’s fleeting success.

Then I pulled up my old dusty hard drive and gotten AirKill’s source code out. Fortunately everything was self contain and the project still ran pretty well on the simulator without any changes. Imagine the changes from Xcode 3.x to Xcode 5.x and iOS 3.x to iOS 7.x but the source code still works pretty much unchanged – kudos to Apple for keeping backward compatibility even on it’s youngest platform. Furthermore it turned out to be quite useful to have all of the project’s dependencies within one folder and not have it scattered all over the place (I’m looking at you, git modules!).

After that brief moment of joy, the first order of business was to upgrade Cocos2D – the game framework that Air Kill is built on. I downloaded the latest stable version, which was 3.0.0 RC2 at the time, and replaced AirKill’s copy with that one. Then the compiler started yelling all sorts of things to me. Unlike Apple, it looks like Cocos2D folks are less interested with backward compatibility. There were plenty of changes from class names, selector names, typedefs, and a whole bunch of other stuff. It’s not just 1:1 name changes – some classes were removed and others behaved differently.

Well, maybe they’re not all to blame. After all, I was migrating Cocos2D from version 0.8 to 3.0. Furthermore looking at some of the source code headers, it looks like the framework has changed hands several times. From the original author Ricardo Quesada to Zynga and currently it’s a band of folks who call themselves “Cocos2D Authors”. I guess that’s normal – and perhaps expected – when it comes to open source projects. Which reminds me of all the Linuxes back in the late 1990’s – but that’s another story.

I’ve tried to look for a migration guide but the best one I could find talked about upgrading from Cocos2D 2.x to 3.0. It was somewhat helpful, but I’m largely on my own in this. Luckily I took notes as I was fixing my code and you can save some time by learning from my experience.

Equivalents At a Glance

Here are some class names, method names, and other constructs that are somewhat equivalent between version 0.8 and 3.0.  Some are direct class-to-class replacements, some other new classes merge a few functionalities from the old ones, whereas others are not exactly equivalents but close enough. Be sure to lookup Cocos2D’s documentation as you’re applying these changes to your game.

In other words, you used the following sequence to setup your main director from a view controller…

Now you should take slightly different steps in version 3.0.0. Note that you’ll probably need to create the director’s primary view which should be a subclass of CCGLView

Now you need to use at least a CCSprite instead of just CCNode to respond to touch events in your game objects. I haven’t dig deep into the reason why, but my guess is that plain CCNode doesn’t have any dimensions. Why I came to this conclusion? Formerly I used a Layer subclass as the root node of my game objects that are capable of handling touch. These classes are really blank containers that houses a few sprites in them. At first I mapped Layer to CCNode for those, but found out that it wasn’t accepting any touches. It finally worked after I “pull up” the largest sprite and made it the root game object nodes.

Moving to automatic reference counting (ARC) was pretty much straightforward after I got the game working on the new version of Cocos2D. Initially I tried the other way around – migrating to ARC before upgrading Cocos2D – and it didn’t work well since there’s plenty of Cocos2D code that aren’t ARC compatible, even after re-written with Xcode’s ARC migration tool.

So I hope you find this post useful. Until next time, take care!

My latest guest post for Waldo shows you how to use SQLite databases using Swift through Gus Muller’s FMDB library.   Head to Waldo for the article: Getting Started with FMDB and Swift: A Guide.   Avoid Delays and Rejections when Submitting Your App to The Store! Follow my FREE cheat sheets to design, develop,…
END_OF_DOCUMENT_TOKEN_TO_BE_REPLACED

Comparing SwiftUI with storyboards for iOS development - which one is better when.
END_OF_DOCUMENT_TOKEN_TO_BE_REPLACED

Check out my latest guest post at Waldo: How to Create an iOS App ID: 2 Quick and Easy Methods. You will learn: What an App ID is in Apple’s ecosystems. How to create App IDs. What is an App Store ID and how it relates to an App ID. How to find an App…
END_OF_DOCUMENT_TOKEN_TO_BE_REPLACED

By default, Xcode Server signs binaries using a development certificate, not a distribution one. Unfortunately there is no built-in option to make it use a Developer ID certificate. What's the solution?
END_OF_DOCUMENT_TOKEN_TO_BE_REPLACED

Notarization is a fully automated process, unlike going through the App Store which involves manual human review. At least it's automated in Apple's side. However it could consume a non-negligible amount of brain bandwidth in your side. How about automating it?
END_OF_DOCUMENT_TOKEN_TO_BE_REPLACED

Continuous testing is paramount to ship serous software. Yet continuously running tests is a pensive productivity plight. Is it possible to automate testing? Yes you can.
END_OF_DOCUMENT_TOKEN_TO_BE_REPLACED

Xcode 13 brought a new notarization tool. What is it and how much better compared to the old one?
END_OF_DOCUMENT_TOKEN_TO_BE_REPLACED

“I want a REST API for notarization since it’s impossible to parse text coming from the notarization tool reliably.” What if I say that the command line API is the best method for integration with build pipelines? Read on to find out more.
END_OF_DOCUMENT_TOKEN_TO_BE_REPLACED

Notarization may take just a few clicks in Xcode, but this takes time and a security risk. You include notarization as part of your continuous delivery pipeline. Here's how.
END_OF_DOCUMENT_TOKEN_TO_BE_REPLACED

Distributing binaries for macOS outside the App Store requires registering it with Apple beforehand—notarizing it. But do you know what can be submitted for notarization?
END_OF_DOCUMENT_TOKEN_TO_BE_REPLACED

A popular image processing library has a vulnerability that can cause denial of service by a maliciously-crafted file causing the application to consume too much memory. Should you upgrade or is there another solution?
END_OF_DOCUMENT_TOKEN_TO_BE_REPLACED

The App Store Small Business Program offers lowered commission cost with one big caveat: no app transfer. But apps graduating from a "hobby" into a "small business" would definitely involve transferring ownership. Read how to transfer apps without engaging in the app transfer process and losing out on the program's benefits.
END_OF_DOCUMENT_TOKEN_TO_BE_REPLACED

Compiled code can conclude the instruction set through conditional compilation. But what about processor-independent scripts? Finding out the current native processor architecture and emulation status thereof would be very useful in build systems that doesn't support cross-compilations. Find out how a shell script can find out whether it is running under Apple's processor, Intel, or emulated.
END_OF_DOCUMENT_TOKEN_TO_BE_REPLACED

Being in the "bleeding edge" has its drawbacks in addition to benefits. Blazing a fresh trail means it's more rough and plenty of unknowns. Similarly in open source software, support for the ARM architecture is slim and even slimmer on the Mac. But there is a way to run "legacy" Intel-only command line apps on the Mac.
END_OF_DOCUMENT_TOKEN_TO_BE_REPLACED

Distributing macOS apps as ZIP archives has been quaint since Sierra. Today’s macOS packaging requirements mandates notarization, otherwise it would say that your app is suspicious. This often means distributing apps within disk images since this container format can be signed, notarized, and stapled.
END_OF_DOCUMENT_TOKEN_TO_BE_REPLACED

Publishing similar apps is considered spamming. Yet there are valid reasons to develop multiple apps from the same code base. Here is what you need to know to avoid being labeled as spammer by app reviewers.
END_OF_DOCUMENT_TOKEN_TO_BE_REPLACED

Some developers' app updates were rejected from the App Store because their apps look similar. Worse, some others were marked as spammer due to publishing apps that looks like another developer's app. How can you avoid this?
END_OF_DOCUMENT_TOKEN_TO_BE_REPLACED