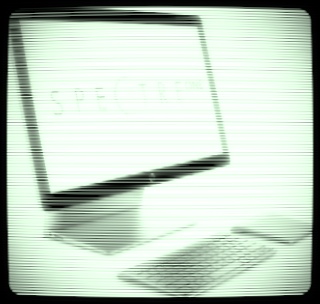 The Proliferation of Apple Clones: A Conspiracy Theorist’s Perspective

HP, Samsung, and others are cloning Apple’s successful product designs. Is it because they’re simply not creative or is it the result of internal politics and the lack of long-term focus of their respective leaders? Only those in the respective companies boardroom’s inner circle have knowledge of what’s actually happening. But a conspiracy theorist can argue that it’s the result of the legal head’s sweet talks who wants more funding to his department at the expense of the engineering and product design departments.

Imagine that this conversation took place in HP between the Chief Legal Officer (CLO) and the Chief Executive Officer (CEO).

CEO: We need to get a PC product fast. But designing such things are expensive!

CLO: How about we clone one of Apple‘s designs and ship it instead?

CEO: Are you crazy? They’ll sue us into oblivion!

CLO: Don’t worry, I’ll manage that risk. Even if they win, it’ll be a lot cheaper than designing and marketing an unproven product design ourselves. Even better, the legal battle will secure our position as the #1 non-Apple computer manufacturer in consumer’s minds, taking over Dell in the meantime.

CEO: Are you sure?

CLO: Very. Just look at Samsung’s case. It took only a billion dollars to solidify them as the #2 smartphone manufacturer, surpassing Nokia and RIM. They haven’t even paid that money yet and prolonging the battle via appeals.

CEO: You have a point there. Free advertisement through high-profile legal battles? Meanwhile we’ll still sell the stuff that’s being disputed?

CLO: Exactly. Furthermore the courts’ decision will only affect US market and won’t impact international sales. It certainly won’t affect our sales in China or even Asia in general.

CEO: And beat Apple in those markets on price?

CLO: Double whammy! Those regions are more price-sensitive and we can easily beat Apple with a similar model and much lower price.

This could be the backstory behind the HP Spectre One. It’s a classic case of one high-ranking manager trying to get more funding for his department by getting it diverted from another (possibly rival) department. Meanwhile the CEO has no vision for the company other than increasing profit and improving her bonuses in the short run.  In the hypothetical conversation above, the head of Legal tried to get more funding for his department and his strategy was to divert it from the Engineering and Marketing departments. Apparently the CEO of the company is a clueless bean-counter and evaluates decisions purely from the standpoint of short-term profit alone. So she diverted funding that was originally for researching original designs and marketing those designs to hiring more lawyers in preparation of a legal battle. By copying other company’s proven designs, she saves on R&D costs and improved the short-term sales figures. Within the first couple of years, she’ll have pocketed her bonuses already and likely is preparing for her own retirement. When the legal battle finally completes, chances are it’s going to be the next CEO to handle the damages and she’d have taken all her winnings and successfully “transitioned” her out of the company.

This could also be Samsung’s strategy since their Series 9 WQHD look strikingly similar to the Macbook Air. They just won’t want to risk designing an innovative product which carries their own personality and would rather risk litigation which on the flip-side could be good advertising.

Pretty good strategy, I must say. These reminds me of a story that my MBA’s Financial Management professor, Imam Istiyanto (deceased?), told us in class. It sounded more or less like this:

Once upon a time there was a wheat-processing machine and a foreman who operates the machine. The guy was ambitious and aggressive – he ran it at 100% capacity with almost no downtime for maintenance nor repairs. As a result, the yields of his machine were far above his peers and then he got promoted for it. The next foreman who handled the machine ran it at normal capacity but obtained production results much below his peers because the machine was such in a bad shape due to the abuses done by that previous foreman – and now manager of another department. Because the company uses stack ranking, the unfortunate foreman was then dismissed due to a below-average performance – which was not really his fault.

In summary, it’s a classical story of people who optimizes for short-term benefits and externalizes the costs in such a way that it goes undetected until the person have successfully transitioned out of the position. Examples of these are prevalent around us, from the overly-aggressive financial advisors, all the way through the fact that we’re still dependent on un-renewable energy even after hundreds of years since the industrial revolution. It’s not pretty and definitely not sustainable – but it’s human nature.

With all these legal battles, lawsuits, and various disputes, who definitely benefits? The lawyers. Both sides’ legal teams get paid no matter who won the trial. Also the courts and the entire legal ecosystem are trickled with the money spent in these fights. The ultimate loser is innovation since funding for developing new and exciting products are taken away to pay for these fights.

0 thoughts on “The Proliferation of Apple Clones: A Conspiracy Theorist’s Perspective”

Check out my latest guest post at Waldo: How to Create an iOS App ID: 2 Quick and Easy Methods. You will learn: What an App ID is in Apple’s ecosystems. How to create App IDs. What is an App Store ID and how it relates to an App ID. How to find an App…
END_OF_DOCUMENT_TOKEN_TO_BE_REPLACED

By default, Xcode Server signs binaries using a development certificate, not a distribution one. Unfortunately there is no built-in option to make it use a Developer ID certificate. What's the solution?
END_OF_DOCUMENT_TOKEN_TO_BE_REPLACED

Notarization is a fully automated process, unlike going through the App Store which involves manual human review. At least it's automated in Apple's side. However it could consume a non-negligible amount of brain bandwidth in your side. How about automating it?
END_OF_DOCUMENT_TOKEN_TO_BE_REPLACED

Continuous testing is paramount to ship serous software. Yet continuously running tests is a pensive productivity plight. Is it possible to automate testing? Yes you can.
END_OF_DOCUMENT_TOKEN_TO_BE_REPLACED

Xcode 13 brought a new notarization tool. What is it and how much better compared to the old one?
END_OF_DOCUMENT_TOKEN_TO_BE_REPLACED

“I want a REST API for notarization since it’s impossible to parse text coming from the notarization tool reliably.” What if I say that the command line API is the best method for integration with build pipelines? Read on to find out more.
END_OF_DOCUMENT_TOKEN_TO_BE_REPLACED

Notarization may take just a few clicks in Xcode, but this takes time and a security risk. You include notarization as part of your continuous delivery pipeline. Here's how.
END_OF_DOCUMENT_TOKEN_TO_BE_REPLACED

Distributing binaries for macOS outside the App Store requires registering it with Apple beforehand—notarizing it. But do you know what can be submitted for notarization?
END_OF_DOCUMENT_TOKEN_TO_BE_REPLACED

A popular image processing library has a vulnerability that can cause denial of service by a maliciously-crafted file causing the application to consume too much memory. Should you upgrade or is there another solution?
END_OF_DOCUMENT_TOKEN_TO_BE_REPLACED

The App Store Small Business Program offers lowered commission cost with one big caveat: no app transfer. But apps graduating from a "hobby" into a "small business" would definitely involve transferring ownership. Read how to transfer apps without engaging in the app transfer process and losing out on the program's benefits.
END_OF_DOCUMENT_TOKEN_TO_BE_REPLACED

Compiled code can conclude the instruction set through conditional compilation. But what about processor-independent scripts? Finding out the current native processor architecture and emulation status thereof would be very useful in build systems that doesn't support cross-compilations. Find out how a shell script can find out whether it is running under Apple's processor, Intel, or emulated.
END_OF_DOCUMENT_TOKEN_TO_BE_REPLACED

Being in the "bleeding edge" has its drawbacks in addition to benefits. Blazing a fresh trail means it's more rough and plenty of unknowns. Similarly in open source software, support for the ARM architecture is slim and even slimmer on the Mac. But there is a way to run "legacy" Intel-only command line apps on the Mac.
END_OF_DOCUMENT_TOKEN_TO_BE_REPLACED

Distributing macOS apps as ZIP archives has been quaint since Sierra. Today’s macOS packaging requirements mandates notarization, otherwise it would say that your app is suspicious. This often means distributing apps within disk images since this container format can be signed, notarized, and stapled.
END_OF_DOCUMENT_TOKEN_TO_BE_REPLACED

Publishing similar apps is considered spamming. Yet there are valid reasons to develop multiple apps from the same code base. Here is what you need to know to avoid being labeled as spammer by app reviewers.
END_OF_DOCUMENT_TOKEN_TO_BE_REPLACED

Some developers' app updates were rejected from the App Store because their apps look similar. Worse, some others were marked as spammer due to publishing apps that looks like another developer's app. How can you avoid this?
END_OF_DOCUMENT_TOKEN_TO_BE_REPLACED

It would be a big blow when Apple rejects your suite of apps, call it "spam" and tell you to move into a container app. If this is happening to you, then this article would be a solution to your predicament.
END_OF_DOCUMENT_TOKEN_TO_BE_REPLACED

Some people probably wouldn't have found success through social media. Learn the importance to present your best self in social media and how to do it.
END_OF_DOCUMENT_TOKEN_TO_BE_REPLACED