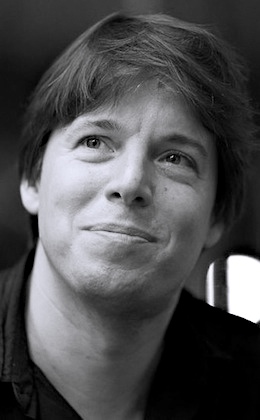 If You Want to be Awesome, Don’t Fall Into the Commodity Trap!

High-grade skills can only shine in correspondingly respectable places. The first step to get your skills respected is to avoid getting in to cut-rate commodity shops in the first place. Here’s how to do it.

Seth Godin wrote in Linchpin: if you want

to be awesome then don’t set yourself up to be a commodity. This also means avoiding employers who view its people like a replaceable cog in their giant machine. Going further up the stream this also imply avoiding employment agents who treat you like a commodity since they will likely work for companies who shares that perspective.

When the renowned violinist Joshua Bell pretended to be an incognito busker in L’Enfant Plaza subway station, he barely received any recognition for his music. Playing inside a subway station placed him as if he were a commodity violin player and only earned a tiny fraction of what he normally get playing at respectable concerts. Thus even a high-calibre skill can only shine on comparably high-calibre places like what Joshua Bell demonstrated.

Then, how do you detect these no-good pseudo-slave traders and safely avoid them? There isn’t an easy answer to that – like most problems in life. However I’ve dealt with many of these jokers in Singapore and you can use my experience to quickly recognize them on the first few minutes of contact and save you the grief.

Do they spam you and ask for free information? Do they send you what looks like a mass mailer and asks these in addition to your résumé?

Anybody who takes 10 minutes to read your résumé should be able to deduce your “number of years experience”. That aside, this number may even be irrelevant to the vacancy he’s offering.

Likewise real employment agencies should be familiar with ballpark figures of salaries for most jobs and should be able to estimate your earnings based on your current employment details without asking you. If they think that they can’t match your current number, might as well they don’t spam you in the first place.

As for your asking your expected salary, this is just an easy way for them to negotiate down their offer. They’ll simply make an excuse saying that your expected increase must not be more than 20% of your current salary. Remember, just about any salaried jobs are already budgeted before they’re passed to these agents and they might just as well let candidates know what are they capable of. 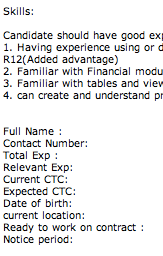 Do they cold-call you and ask for irrelevant information? I mean do they ask for these things?

In most professional positions that I know, these are not relevant. Except maybe for actors/actresses vacancies that requires a specific “look” for the position and hence the gender/age/ethnicity question.

As for the last two questions, I can’t think of anybody else but matchmaking services who can appropriately ask these questions. It’s OK to ask your religion and whether you’re already married if you’re looking to wed the person but not when hiring an engineer.

However these may be acceptable questions after you got hired. They probably want to know your spouse for insurance reasons or as an emergency contact. Likewise maybe they want to make sure that they’re adequately staffed when you need to take two weeks out at the end of Ramadan.

Are they reluctant to reveal who is the hiring company? If both the company and employment agency are respectable then there is no way you can bypass the middleman. Unless you know the hiring manager in person — but in such cases then the agency won’t be bringing any value to the table in the first place.

If it’s a shady company or the relationship is brittle then it’s understandable if the agency aren’t keen to disclose who is it they’re hiring for. But do you really want to get recruited by them? Because there’s a good chance that they are looking for cut-rate commodity workers.

Last but Not Least 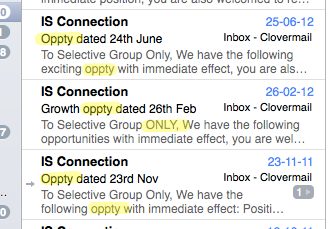 Watch for unnecessary abbreviations, job agent jargons, spelling errors, use of capital letters, and general language use. Remember that birds of a feather tend to flock together – if they can’t really write good e-mail, chances are they’re also looking for people who aren’t very good at those things and thus are a commodity. You wouldn’t want to be rolled together as replaceable cogs, would you?

If you notice and read carefully, those indicators I’ve outline earlier signifies that the job agent focuses more on volume and doesn’t care much about quality. Asking for employment details that they can easily extract from your résumé means that they won’t take the time to read it and just want to plug you into their big spreadsheet of candidates. Spelling errors and abbreviations means that he/she was too pressed for time to write it properly – and thus clearly indicate a volume-oriented commodity employment agency.

When to Ignore These

You can safely ignore these indicators when you are a commodity worker yourself or you have a below-average skill level for your chosen trade. You need to walk up the ladder, so to speak, to get your skill on par with the average. Then you can start rising above the commodity level and enter the premium market.

Likewise if you’re broke, unemployed, and desperate looking for a job — any job — then you can’t afford to be picky. Good jobs are rare, by definition, and the majority are commodity jobs that you should take anyway if you’re really pressed to pay the bills.

Good luck and keep the spirit up!

4 thoughts on “If You Want to be Awesome, Don’t Fall Into the Commodity Trap!”

My latest guest post for Waldo shows you how to use SQLite databases using Swift through Gus Muller’s FMDB library.   Head to Waldo for the article: Getting Started with FMDB and Swift: A Guide.   Avoid Delays and Rejections when Submitting Your App to The Store! Follow my FREE cheat sheets to design, develop,…
END_OF_DOCUMENT_TOKEN_TO_BE_REPLACED

Comparing SwiftUI with storyboards for iOS development - which one is better when.
END_OF_DOCUMENT_TOKEN_TO_BE_REPLACED

Check out my latest guest post at Waldo: How to Create an iOS App ID: 2 Quick and Easy Methods. You will learn: What an App ID is in Apple’s ecosystems. How to create App IDs. What is an App Store ID and how it relates to an App ID. How to find an App…
END_OF_DOCUMENT_TOKEN_TO_BE_REPLACED

By default, Xcode Server signs binaries using a development certificate, not a distribution one. Unfortunately there is no built-in option to make it use a Developer ID certificate. What's the solution?
END_OF_DOCUMENT_TOKEN_TO_BE_REPLACED

Notarization is a fully automated process, unlike going through the App Store which involves manual human review. At least it's automated in Apple's side. However it could consume a non-negligible amount of brain bandwidth in your side. How about automating it?
END_OF_DOCUMENT_TOKEN_TO_BE_REPLACED

Continuous testing is paramount to ship serous software. Yet continuously running tests is a pensive productivity plight. Is it possible to automate testing? Yes you can.
END_OF_DOCUMENT_TOKEN_TO_BE_REPLACED

Xcode 13 brought a new notarization tool. What is it and how much better compared to the old one?
END_OF_DOCUMENT_TOKEN_TO_BE_REPLACED

“I want a REST API for notarization since it’s impossible to parse text coming from the notarization tool reliably.” What if I say that the command line API is the best method for integration with build pipelines? Read on to find out more.
END_OF_DOCUMENT_TOKEN_TO_BE_REPLACED

Notarization may take just a few clicks in Xcode, but this takes time and a security risk. You include notarization as part of your continuous delivery pipeline. Here's how.
END_OF_DOCUMENT_TOKEN_TO_BE_REPLACED

Distributing binaries for macOS outside the App Store requires registering it with Apple beforehand—notarizing it. But do you know what can be submitted for notarization?
END_OF_DOCUMENT_TOKEN_TO_BE_REPLACED

A popular image processing library has a vulnerability that can cause denial of service by a maliciously-crafted file causing the application to consume too much memory. Should you upgrade or is there another solution?
END_OF_DOCUMENT_TOKEN_TO_BE_REPLACED

The App Store Small Business Program offers lowered commission cost with one big caveat: no app transfer. But apps graduating from a "hobby" into a "small business" would definitely involve transferring ownership. Read how to transfer apps without engaging in the app transfer process and losing out on the program's benefits.
END_OF_DOCUMENT_TOKEN_TO_BE_REPLACED

Compiled code can conclude the instruction set through conditional compilation. But what about processor-independent scripts? Finding out the current native processor architecture and emulation status thereof would be very useful in build systems that doesn't support cross-compilations. Find out how a shell script can find out whether it is running under Apple's processor, Intel, or emulated.
END_OF_DOCUMENT_TOKEN_TO_BE_REPLACED

Being in the "bleeding edge" has its drawbacks in addition to benefits. Blazing a fresh trail means it's more rough and plenty of unknowns. Similarly in open source software, support for the ARM architecture is slim and even slimmer on the Mac. But there is a way to run "legacy" Intel-only command line apps on the Mac.
END_OF_DOCUMENT_TOKEN_TO_BE_REPLACED

Distributing macOS apps as ZIP archives has been quaint since Sierra. Today’s macOS packaging requirements mandates notarization, otherwise it would say that your app is suspicious. This often means distributing apps within disk images since this container format can be signed, notarized, and stapled.
END_OF_DOCUMENT_TOKEN_TO_BE_REPLACED

Publishing similar apps is considered spamming. Yet there are valid reasons to develop multiple apps from the same code base. Here is what you need to know to avoid being labeled as spammer by app reviewers.
END_OF_DOCUMENT_TOKEN_TO_BE_REPLACED

Some developers' app updates were rejected from the App Store because their apps look similar. Worse, some others were marked as spammer due to publishing apps that looks like another developer's app. How can you avoid this?
END_OF_DOCUMENT_TOKEN_TO_BE_REPLACED