Have you heard of sound code? It may be the next big breakthrough in marketing and online commerce. It could also be an exotic technology only applicable to a few very specific set of industries.

Have you heard of sound code? It may be the next big breakthrough in marketing and online commerce. It could also be an exotic technology only applicable to a few very specific set of industries. 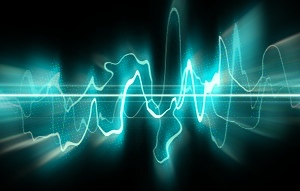 Sound code is a family of techniques to embed data into sound waves. It is a bit like ye olde 300 baud modem tied to acoustic couplers but with one important difference: the data embedded inside the audio signals shouldn’t be audible to humans. That is when people hears the sound, they shouldn’t notice that there are additional data piggybacked to it. Piggybacked you say? Yes. A carrier audio – which may be music or even simple speech – hosts the extra data and people should only be able to pick up the carrier audio and won’t recognize the presence of the sound code inside it. The technique is analogous to the way color printers insert tiny yellow dots in each printed page to identify the printer’s serial number.

No no, this is not about subliminal programming, so take your earplugs and tinfoil hat off. The idea is not to program human beings but to embed messages intended for processing by other electronic devices. Sure, similar techniques may be used to talk to the subconscious mind, but let’s save that for another discussion.

Because people aren’t suppose to notice the extra data in the carrier audio, there isn’t much bandwidth available for this additional baggage. Consequentially the amount of information that can be incorporated is small and thus tend to be tokens that points to the real data, like a URL or a unique number. In this sense, sound code is equivalent to QR code but for sound. If QR codes are small tokens of information embedded in pictures, sound codes are embedded in music or speech. One plus point is that sound code are concealed from the human ear unlike QR codes that are visible and often sticks out like a sore thumb.

As of this writing there are two companies that provides the technologies for sound coding. Each has their own unique way of embedding information in audio data:

Both companies offers development kits and 3rd-party licensing of their algorithms. They also have free iOS apps that you can use to evaluate their algorithm’s performance for your intended use case: Euphonium (Intrasonics) and Sonic Experiences (Sonic Notify).

Each company also appears to carve different niches of the market. As of this writing Sonic Notify is more aligned towards musicians whereas Intrasonics tend to pursue big media companies and joining forces with Capablue that supplies set-top boxes for UKTV.  Lady Gaga used Sonic Notify to allow her fans to vote for the encore song during a performance. Whereas Canadian TV producer Cineflix deployed Intrasonics‘ technology to allow viewers play along real-time with the contestants in one of their reality TV show.

When this all started?

The idea and techniques for audio coding isn’t really new as there are a number of scientific journals written on the subject as far back as 1999 (Data Hiding Within Audio Signals, Petrović et. al.). However recent advancements in the processing power of mobile computers (think smartphones and tablets) have just made it practical.

Intrasonics also have a number of patent applications related to the technology and they prominently lists them in their websites. I’m not a patent lawyer, but hopefully the patent office doesn’t grant them a blanket patent that makes it easy for them to troll and stifle innovation (like the Lodsys in-app purchase or even the Windows 8 tiles’ lawsuit cases, to name a few). It’s quite clear from those journals that they aren’t the first to discover the idea, although their specific implementation could be novel and worth protecting.

What other areas can sound code be used? Here are a few from the top of my mind.

What does this all mean?

Frankly I fill that the adoption of sound code will somewhat follow the growth curve of QR codes, at least as a consumer technology. Which is terribly slow. QR code was introduced in 1994, standardized in 2006, and by 2012 only 9% of US adults know what to do with it.

The biggest hurdle with sound code is – like QR code – end users need to download a special application to their smartphone to decipher these codes, an application that they likely won’t use for any other purpose. In other words, this requirement adds friction to its adoption and requires people to change their behavior – that needs to be externally motivated.

QR code was developed in the manufacturing industry where it was used as a lower-cost alternative to barcodes. It finds its niche there and also in the courier industry where it is used to tag and keep track of packages. In these situations, both the publisher of the code and the people who scans them are equally motivated and have similar goals: tracking boxes. When applied as a consumer technology, there isn’t much motivation for the consumer to scan these codes.

Thus sound code will likely thrive in similar niches as QR code – as a tagging mechanism where both the producer and consumer of the code shares a similar goal. Examples include indoor navigation of automatons in warehouses or office buildings and forensic tagging of copyrighted multimedia files. Lady Gaga may had some success to motivate her little monsters to pull up Sonic Notify’s app, but it’s a long, long, way from people attentively listening to radio advertisements with their sound code app primed and ready to buy stuff from the advertisements that the DJ plays.

My latest guest post for Waldo shows you how to use SQLite databases using Swift through Gus Muller’s FMDB library.   Head to Waldo for the article: Getting Started with FMDB and Swift: A Guide.   Avoid Delays and Rejections when Submitting Your App to The Store! Follow my FREE cheat sheets to design, develop,…
END_OF_DOCUMENT_TOKEN_TO_BE_REPLACED

Comparing SwiftUI with storyboards for iOS development - which one is better when.
END_OF_DOCUMENT_TOKEN_TO_BE_REPLACED

Check out my latest guest post at Waldo: How to Create an iOS App ID: 2 Quick and Easy Methods. You will learn: What an App ID is in Apple’s ecosystems. How to create App IDs. What is an App Store ID and how it relates to an App ID. How to find an App…
END_OF_DOCUMENT_TOKEN_TO_BE_REPLACED

By default, Xcode Server signs binaries using a development certificate, not a distribution one. Unfortunately there is no built-in option to make it use a Developer ID certificate. What's the solution?
END_OF_DOCUMENT_TOKEN_TO_BE_REPLACED

Notarization is a fully automated process, unlike going through the App Store which involves manual human review. At least it's automated in Apple's side. However it could consume a non-negligible amount of brain bandwidth in your side. How about automating it?
END_OF_DOCUMENT_TOKEN_TO_BE_REPLACED

Continuous testing is paramount to ship serous software. Yet continuously running tests is a pensive productivity plight. Is it possible to automate testing? Yes you can.
END_OF_DOCUMENT_TOKEN_TO_BE_REPLACED

Xcode 13 brought a new notarization tool. What is it and how much better compared to the old one?
END_OF_DOCUMENT_TOKEN_TO_BE_REPLACED

“I want a REST API for notarization since it’s impossible to parse text coming from the notarization tool reliably.” What if I say that the command line API is the best method for integration with build pipelines? Read on to find out more.
END_OF_DOCUMENT_TOKEN_TO_BE_REPLACED

Notarization may take just a few clicks in Xcode, but this takes time and a security risk. You include notarization as part of your continuous delivery pipeline. Here's how.
END_OF_DOCUMENT_TOKEN_TO_BE_REPLACED

Distributing binaries for macOS outside the App Store requires registering it with Apple beforehand—notarizing it. But do you know what can be submitted for notarization?
END_OF_DOCUMENT_TOKEN_TO_BE_REPLACED

A popular image processing library has a vulnerability that can cause denial of service by a maliciously-crafted file causing the application to consume too much memory. Should you upgrade or is there another solution?
END_OF_DOCUMENT_TOKEN_TO_BE_REPLACED

The App Store Small Business Program offers lowered commission cost with one big caveat: no app transfer. But apps graduating from a "hobby" into a "small business" would definitely involve transferring ownership. Read how to transfer apps without engaging in the app transfer process and losing out on the program's benefits.
END_OF_DOCUMENT_TOKEN_TO_BE_REPLACED

Compiled code can conclude the instruction set through conditional compilation. But what about processor-independent scripts? Finding out the current native processor architecture and emulation status thereof would be very useful in build systems that doesn't support cross-compilations. Find out how a shell script can find out whether it is running under Apple's processor, Intel, or emulated.
END_OF_DOCUMENT_TOKEN_TO_BE_REPLACED

Being in the "bleeding edge" has its drawbacks in addition to benefits. Blazing a fresh trail means it's more rough and plenty of unknowns. Similarly in open source software, support for the ARM architecture is slim and even slimmer on the Mac. But there is a way to run "legacy" Intel-only command line apps on the Mac.
END_OF_DOCUMENT_TOKEN_TO_BE_REPLACED

Distributing macOS apps as ZIP archives has been quaint since Sierra. Today’s macOS packaging requirements mandates notarization, otherwise it would say that your app is suspicious. This often means distributing apps within disk images since this container format can be signed, notarized, and stapled.
END_OF_DOCUMENT_TOKEN_TO_BE_REPLACED

Publishing similar apps is considered spamming. Yet there are valid reasons to develop multiple apps from the same code base. Here is what you need to know to avoid being labeled as spammer by app reviewers.
END_OF_DOCUMENT_TOKEN_TO_BE_REPLACED

Some developers' app updates were rejected from the App Store because their apps look similar. Worse, some others were marked as spammer due to publishing apps that looks like another developer's app. How can you avoid this?
END_OF_DOCUMENT_TOKEN_TO_BE_REPLACED