Being in the “bleeding edge” has its drawbacks in addition to benefits. Blazing a fresh trail means it’s more rough and plenty of unknowns. Similarly in open source software, support for the ARM architecture is slim and even slimmer on the Mac. But there is a way to run “legacy” Intel-only command line apps on the Mac.

The new M1 “Apple Silicon” Macs are indeed faster than others in their respective classes. They also outperformed a number of higher-classed Mac released just one year ago.

However if you’re depending on command-line applications, things aren’t so pretty. Notably open-source ones. Gnu’s Compiler Collection is yet to support ARM64 on the Mac. Which is impeding support for many numerical libraries based on Fortran such as SciPy. Even Homebrew doesn’t fully support the new instruction set:

Warning: You are running macOS on a arm64 CPU architecture.
We do not provide support for this (yet).
Reinstall Homebrew under Rosetta 2 until we support it.
You will encounter build failures with some formulae.
Please create pull requests instead of asking for help on Homebrew’s GitHub,
Twitter or any other official channels. You are responsible for resolving
any issues you experience while you are running this
unsupported configuration.

Wouldn’t it be great if you can continue using open-source command-line application on your shiny new Apple Silicon Mac? Notably since the first-generation processor is already running Intel-based applications faster than most Mac that came before it?

Yes you can, thanks to Rosetta 2. This is the compatibility layer that allows running Intel-based Mac applications on Apple Silicon. The system is also available for command-line applications, although turning it on would take some work.

When your command-line application or system hasn’t support the ARM64 instruction set, you’ll need to run it from Terminal sessions in Intel mode. That way, all subsequent command line applications started from the shell would be run under Rosetta 2 – including universal binaries. In other words, when an application has both Intel and Arm variations, the Intel one would be chosen as well as any other child processes of the application.

Here is how you can force the shell to run in Intel mode so that you can continue working in this little command-line Rosetta Island while waiting for native ARM64 support.

That’s it. The next Terminal window would open the new profile and run command-line applications as Intel binaries. 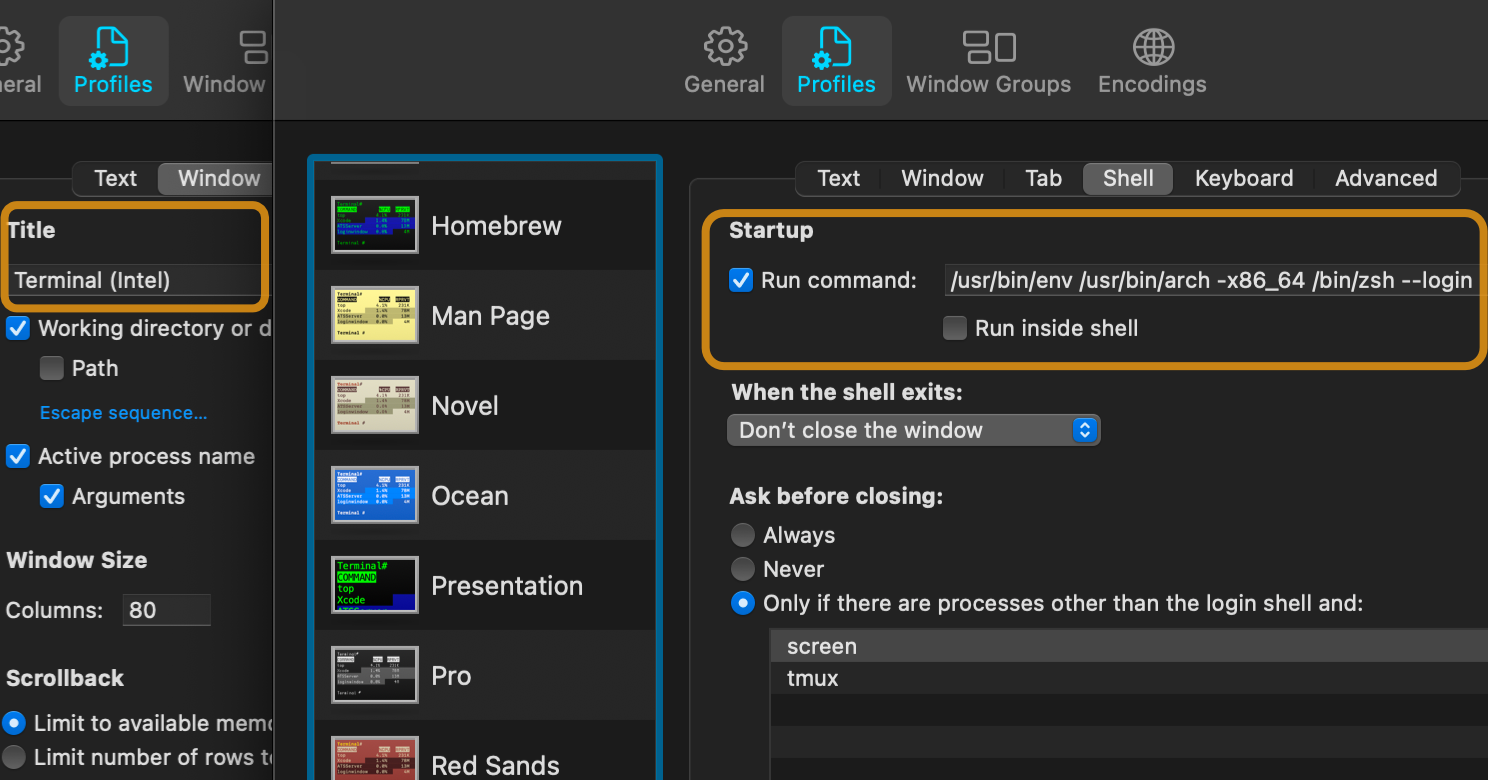 As of this writing, Homebrew recommends two separate installations for ARM64 systems:

Try this out and see how it goes. Install your favorite Intel-based command-line applications (suggestion: gcc) and see how it performs. Then have a look at Homebrew’s ARM64 compatibility tracking to see how support for the new processor is going.