Microsoft’s Reorganization and What Does It Means for You

Microsoft’s reorganization opens up unforeseen opportunities. What are they? Read on. 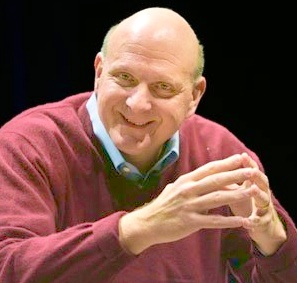 Microsoft recently announced a reorganization and Steve Ballmer officially said he’s not planning any layoffs. Yeah right. Anyone who has any experience working for large corporations would know better. Taking Mr Ballmer’s own words, some people will get “remapped” – which is another term for forcibly moved out from a job you’re already good at Inevitably a good number of people will be unhappy of their newly-mapped positions and thus need to seek better opportunities from outside. From the higher ups – like what happened to Steven Sinofsky – and probably down to the janitors.

What’s worse is the reorganization will be a lengthy process – where some groups are expected to ship key products just before upper management. “Some will start sooner, some of these things won’t occur until after we’ve shipped key products,” said Ballmer. This leaves plenty of time for politicking and power struggle to occur within those groups.

Then what does all this mean for you? The reorganization could be a blessing for the most part. Here’s why.

If you’re looking for people, this could be your chance to snatch an ex-Microsoft engineer. Like many other re-orgs, there will be people who were made redundant or simply unhappy from the change. The mutually-destructive nature of classic Microsoft’s organization style that may still remain and will have a preference of the fire-then-hire approach (that is the preference of firing people first instead of finding them another job within the company and then let that other division hire their own people that they need – an approach taken by a company that I knew).

Keep in mind that these former Microsoft people had pretty good salaries and will probably looking for jobs at similar pay levels. If you’re a middle manager or recruiter for a MegaCorp, money shouldn’t be much of an issue as your company is already paying people at Microsoft’s levels. But if you’re a scrappy startup then you’ll need to look for other ways to entice these talents besides money, things that large corporations can’t possibly provide.

Likewise these super-talented ex-Microsoft engineers may display other pretty-good qualified people that you can also go after. These 2nd order people are those who were considered for a position but didn’t get the job because they hired an ex-Microsoft person instead. Chances are they’re almost as good as the Microsoftie who displaced them but has far lower salary expectations.

If you’re working at a company that’s structured similarly to Microsoft’s old structure, watch out. There’s a good chance that your upper management gets “inspired” to make a similar change. Remember the “herd” mentality and managers are known to be more prone of this. A simple way to check whether your management has the herd mentality is how buzzwords-compliant are they – the more they are then the more likely they tend to follow these “big guys” and try to mimic their actions.

If you work at Microsoft but haven’t got the boot yet, just be vigilant. Time to pile up some cash to weather the storm, brush up your résumé and brace for impact. Having a few month’s worth of living cost in the bank will be even more useful than ever. You might also want to clear up your desk and take home your personal stuff just in case. If you are made redundant, it’ll be a swift notice and you won’t have time to clear your belongings.

If you worked at Microsoft and just made redundant, cheer up. I know how you feel as I was in a similar situation myself. You can take some time off for yourself or with your family, or work on that abandoned side project of yours. Keep calm and move on.

If you’re looking to build a venture-backed startup, it’s probably a good time to dust off that old business plan of yours and start pitching. The influx of former Microsoft people or their 2nd order should jump-start your company. Who knows you probably can get some of them to be a co-founder or even investor. This applies not only to Redmond area but just anywhere where Microsoft “released” a significant amount of their talent – it’s a global company after all.

My latest guest post for Waldo shows you how to use SQLite databases using Swift through Gus Muller’s FMDB library.   Head to Waldo for the article: Getting Started with FMDB and Swift: A Guide.   Avoid Delays and Rejections when Submitting Your App to The Store! Follow my FREE cheat sheets to design, develop,…
END_OF_DOCUMENT_TOKEN_TO_BE_REPLACED

Comparing SwiftUI with storyboards for iOS development - which one is better when.
END_OF_DOCUMENT_TOKEN_TO_BE_REPLACED

Check out my latest guest post at Waldo: How to Create an iOS App ID: 2 Quick and Easy Methods. You will learn: What an App ID is in Apple’s ecosystems. How to create App IDs. What is an App Store ID and how it relates to an App ID. How to find an App…
END_OF_DOCUMENT_TOKEN_TO_BE_REPLACED

By default, Xcode Server signs binaries using a development certificate, not a distribution one. Unfortunately there is no built-in option to make it use a Developer ID certificate. What's the solution?
END_OF_DOCUMENT_TOKEN_TO_BE_REPLACED

Notarization is a fully automated process, unlike going through the App Store which involves manual human review. At least it's automated in Apple's side. However it could consume a non-negligible amount of brain bandwidth in your side. How about automating it?
END_OF_DOCUMENT_TOKEN_TO_BE_REPLACED

Continuous testing is paramount to ship serous software. Yet continuously running tests is a pensive productivity plight. Is it possible to automate testing? Yes you can.
END_OF_DOCUMENT_TOKEN_TO_BE_REPLACED

Xcode 13 brought a new notarization tool. What is it and how much better compared to the old one?
END_OF_DOCUMENT_TOKEN_TO_BE_REPLACED

“I want a REST API for notarization since it’s impossible to parse text coming from the notarization tool reliably.” What if I say that the command line API is the best method for integration with build pipelines? Read on to find out more.
END_OF_DOCUMENT_TOKEN_TO_BE_REPLACED

Notarization may take just a few clicks in Xcode, but this takes time and a security risk. You include notarization as part of your continuous delivery pipeline. Here's how.
END_OF_DOCUMENT_TOKEN_TO_BE_REPLACED

Distributing binaries for macOS outside the App Store requires registering it with Apple beforehand—notarizing it. But do you know what can be submitted for notarization?
END_OF_DOCUMENT_TOKEN_TO_BE_REPLACED

A popular image processing library has a vulnerability that can cause denial of service by a maliciously-crafted file causing the application to consume too much memory. Should you upgrade or is there another solution?
END_OF_DOCUMENT_TOKEN_TO_BE_REPLACED

The App Store Small Business Program offers lowered commission cost with one big caveat: no app transfer. But apps graduating from a "hobby" into a "small business" would definitely involve transferring ownership. Read how to transfer apps without engaging in the app transfer process and losing out on the program's benefits.
END_OF_DOCUMENT_TOKEN_TO_BE_REPLACED

Compiled code can conclude the instruction set through conditional compilation. But what about processor-independent scripts? Finding out the current native processor architecture and emulation status thereof would be very useful in build systems that doesn't support cross-compilations. Find out how a shell script can find out whether it is running under Apple's processor, Intel, or emulated.
END_OF_DOCUMENT_TOKEN_TO_BE_REPLACED

Being in the "bleeding edge" has its drawbacks in addition to benefits. Blazing a fresh trail means it's more rough and plenty of unknowns. Similarly in open source software, support for the ARM architecture is slim and even slimmer on the Mac. But there is a way to run "legacy" Intel-only command line apps on the Mac.
END_OF_DOCUMENT_TOKEN_TO_BE_REPLACED

Distributing macOS apps as ZIP archives has been quaint since Sierra. Today’s macOS packaging requirements mandates notarization, otherwise it would say that your app is suspicious. This often means distributing apps within disk images since this container format can be signed, notarized, and stapled.
END_OF_DOCUMENT_TOKEN_TO_BE_REPLACED

Publishing similar apps is considered spamming. Yet there are valid reasons to develop multiple apps from the same code base. Here is what you need to know to avoid being labeled as spammer by app reviewers.
END_OF_DOCUMENT_TOKEN_TO_BE_REPLACED

Some developers' app updates were rejected from the App Store because their apps look similar. Worse, some others were marked as spammer due to publishing apps that looks like another developer's app. How can you avoid this?
END_OF_DOCUMENT_TOKEN_TO_BE_REPLACED