Deciding when to pre-populate a Core Data store is a real headache when you need to sync that data store across many devices. However you can learn from my experience and save you the headache that I had to went through. 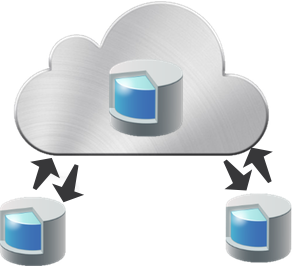 As I was developing Speech Timer 2 to synchronize over Core Data between the OS X and iOS versions, seeding the data was a big problem. The previous version of the application didn’t use iCloud moreover Core Data – it’s only a serialized property list file. Since it doesn’t need to sync, providing pre-populated data was quite simple: just check whether the property list file exists or not – if it doesn’t exist, create one and fill it with the initial data set. The re-write to use Core Data also followed the same approach – check whether the persistent storage exists or not;  if it doesn’t then insert some objects to use as a starting point by the user.

My motivation for using Core Data in Speech Timer 2 so that it can seamlessly synchronize changes between the iOS and OS X editions over iCloud. Carrying over the single property list approach would not achieve bi-directional synchronization and merging of records since iCloud will just transport the entire file, overwriting any potential intermediate changes. However bringing sync along also means that the original approach of providing a starting data set is no longer workable.

Because there is no centralized location that understands the data, there is no way to determine the first time an iCloud data store is initialized as the data store is being opened. Sure, you could check whether the data store has some data and base the decision on that, but your app running on another device could have done the same thing while being offline and then pre-populate its own data store. If this happens, you’ll have duplicated seed data.

What you’ll need to do is to accept this fact and design your schema around it. You’ll need to always have a way to de-duplicate seeded entries and run this process as part of your merge algorithm. That is, whenever an instance of your application receives fresh changes from iCloud, try to see whether they are seed data from another device and remove any duplicates of these.

Furthermore you’ll need to be able to tell seeded data records apart from the ones entered by the user. Take extra care not to delete user-entered data or otherwise face the wrath of your users, increased support load, and worse – abandonment of your app. Your de-duplication algorithm should not touch any data records that are not inserted automatically by the application as part of its seeding process. This could be a simple boolean attribute attached to your data records, or a more elaborate combination of attributes that you’ll see in my example later in this post.

Last but not least, you should only initialize data once per device per account. This is to minimize the chance of your users seeing duplicate preloaded data in your application’s user interface. Remember that duplicates are inevitable and there could be a chance where your users see duplicated data show up in the app’s screen – no mater how slim the chance is or how brief they may show up before your cleanup algorithm removes them. Hence you don’t want to seed data any more often than you should.

As it stands, Speech Timer provides a number of pre-set speech types (in this application’s domain, a speech type is like a category but are not coupled within any master-detail record hierarchy). Moreover, the user is free to modify or even remove these seeded data rows. Once the user has modified a predefined speech type, the record now “belongs” to the user and considered equivalent as if the user had entered the item himself.

I solved this problem by having createDate and updateDate fields on each speech type. System-seeded data will have createDate initialized but updateDate as nil whereas user-entered data will have both attributes filled. This is accomplished by initializing createDate on awakeFromInsert and updating updateDate on willSave – but only when the record was updated in the current transaction. One caveat is that if willSave made any changes to an attribute during a save process, it will be called again until there are no attributes changed. So I had do a little dance between willSave and didSave and store the last update date into a transient instance variable.

Speech type records are primarily identified by its name. Hence it’s logical to use it as the primary attribute for de-duplicating. If there are duplicates, the application will only keep the latest seeded data. Hence, should a more recent version of the application seeded the same speech type name with other attributes being different, the newer seeded data will be retained. As always, de-duplication only works on speech types that are not modified by the user.

The cleanup logic above is run primarily as a response of two notifications from iCloud:

Note that my Core Data manager class BSCoreDataController provide convenience notifications to handle those two above notifications at a higher level in your application logic. Whenever it receives NSPersistentStoreCoordinatorStoresDidChangeNotification in turn it will post BSCoreDataControllerStoresDidChangeNotification on the main queue. Likewise whenever it receives NSPersistentStoreDidImportUbiquitousContentChangesNotification, it will merge the new data first and then post BSCoreDataControllerDidMergeFromUbiquitousContentChanges in the main queue so that your application can perform data-specific logic with the changes. Remember that NSNotificationCenter calls your observers in the same thread as the one that posts the notifications. Through testing, I found that these iCloud notifications comes from secondary threads, making their handlers unable to directly manipulate the NSManagedObjectContext object that is being used by the user interface.

(You can get the source code of BSCoreDataController from Github).

The data seeding logic makes use of NSUserDefaults to determine whether setup had been done on the current device. In addition it keeps track of the iCloud accounts where the data was seeded – so that if the user changed iCloud accounts, this new account can get seed data as well.

So what do you think? What corner cases that I still need to cover? Is there a better way to do this? Please let me know.

PS: I used the awesome mogenerator for my Core Data classes. In case you wonder some convenience methods like entityInManagedObjectContext – they came from mogenerator.

My latest guest post for Waldo shows you how to use SQLite databases using Swift through Gus Muller’s FMDB library.   Head to Waldo for the article: Getting Started with FMDB and Swift: A Guide.   Avoid Delays and Rejections when Submitting Your App to The Store! Follow my FREE cheat sheets to design, develop,…
END_OF_DOCUMENT_TOKEN_TO_BE_REPLACED

Comparing SwiftUI with storyboards for iOS development - which one is better when.
END_OF_DOCUMENT_TOKEN_TO_BE_REPLACED

Check out my latest guest post at Waldo: How to Create an iOS App ID: 2 Quick and Easy Methods. You will learn: What an App ID is in Apple’s ecosystems. How to create App IDs. What is an App Store ID and how it relates to an App ID. How to find an App…
END_OF_DOCUMENT_TOKEN_TO_BE_REPLACED

By default, Xcode Server signs binaries using a development certificate, not a distribution one. Unfortunately there is no built-in option to make it use a Developer ID certificate. What's the solution?
END_OF_DOCUMENT_TOKEN_TO_BE_REPLACED

Notarization is a fully automated process, unlike going through the App Store which involves manual human review. At least it's automated in Apple's side. However it could consume a non-negligible amount of brain bandwidth in your side. How about automating it?
END_OF_DOCUMENT_TOKEN_TO_BE_REPLACED

Continuous testing is paramount to ship serous software. Yet continuously running tests is a pensive productivity plight. Is it possible to automate testing? Yes you can.
END_OF_DOCUMENT_TOKEN_TO_BE_REPLACED

Xcode 13 brought a new notarization tool. What is it and how much better compared to the old one?
END_OF_DOCUMENT_TOKEN_TO_BE_REPLACED

“I want a REST API for notarization since it’s impossible to parse text coming from the notarization tool reliably.” What if I say that the command line API is the best method for integration with build pipelines? Read on to find out more.
END_OF_DOCUMENT_TOKEN_TO_BE_REPLACED

Notarization may take just a few clicks in Xcode, but this takes time and a security risk. You include notarization as part of your continuous delivery pipeline. Here's how.
END_OF_DOCUMENT_TOKEN_TO_BE_REPLACED

Distributing binaries for macOS outside the App Store requires registering it with Apple beforehand—notarizing it. But do you know what can be submitted for notarization?
END_OF_DOCUMENT_TOKEN_TO_BE_REPLACED

A popular image processing library has a vulnerability that can cause denial of service by a maliciously-crafted file causing the application to consume too much memory. Should you upgrade or is there another solution?
END_OF_DOCUMENT_TOKEN_TO_BE_REPLACED

The App Store Small Business Program offers lowered commission cost with one big caveat: no app transfer. But apps graduating from a "hobby" into a "small business" would definitely involve transferring ownership. Read how to transfer apps without engaging in the app transfer process and losing out on the program's benefits.
END_OF_DOCUMENT_TOKEN_TO_BE_REPLACED

Compiled code can conclude the instruction set through conditional compilation. But what about processor-independent scripts? Finding out the current native processor architecture and emulation status thereof would be very useful in build systems that doesn't support cross-compilations. Find out how a shell script can find out whether it is running under Apple's processor, Intel, or emulated.
END_OF_DOCUMENT_TOKEN_TO_BE_REPLACED

Being in the "bleeding edge" has its drawbacks in addition to benefits. Blazing a fresh trail means it's more rough and plenty of unknowns. Similarly in open source software, support for the ARM architecture is slim and even slimmer on the Mac. But there is a way to run "legacy" Intel-only command line apps on the Mac.
END_OF_DOCUMENT_TOKEN_TO_BE_REPLACED

Distributing macOS apps as ZIP archives has been quaint since Sierra. Today’s macOS packaging requirements mandates notarization, otherwise it would say that your app is suspicious. This often means distributing apps within disk images since this container format can be signed, notarized, and stapled.
END_OF_DOCUMENT_TOKEN_TO_BE_REPLACED

Publishing similar apps is considered spamming. Yet there are valid reasons to develop multiple apps from the same code base. Here is what you need to know to avoid being labeled as spammer by app reviewers.
END_OF_DOCUMENT_TOKEN_TO_BE_REPLACED

Some developers' app updates were rejected from the App Store because their apps look similar. Worse, some others were marked as spammer due to publishing apps that looks like another developer's app. How can you avoid this?
END_OF_DOCUMENT_TOKEN_TO_BE_REPLACED